Graz (A), November 2014 - Michael Kopp is head of the Academy of New Media and Knowledge Transfer at the University of Graz. His main tasks are the development of didactic methods, strategies, and solutions related to instructional design and to the production of audiovisual eLearning material and the transfer of his knowledge in these fields to the lecturers at his university. Michael is also engaged in several international cooperative eLearning efforts and has over ten years of experience in managing eLearning projects. At OEB, his session is "The Elements of Magical MOOC Making" on 05 December 2014 from 14:30 to 16:00.

What factors will determine how long MOOCs remain free for the general public: the production costs and the demand, or will competition among academic institutions also be a consideration?

Michael Kopp: Frankly, I prefer the term "open" over the term "free", and our first task is to define this term. When we speak of MOOCs, "open" usually means freely accessible. So there are no tuition fees, and nobody asks about any degrees. But in most cases, "open" does not mean that the provided materials are free of copyrights or that they can be (re-)used under a Creative Commons license. In terms of these licenses, most MOOCs have not been "open" - and will not be in the future.

But most of the courses are at least still freely accessible. This is for various reasons, and it depends very much on where the course providers come from. The US elite universities were the first to offer MOOCs. They might have had – and still have - an intrinsic motivation as well, but the main reason was – and is - to promote their faculties and their professors. As this implies, MOOCs are primarily part of publicity campaigns. And as we all know, you have to invest a lot of money to create successful advertising – which, of course, has to be understood as a significant investment. European universities (except those in the UK), however, have different objectives. They are not in such a competitive market as the universities in the US., and they are much more strongly financed by the public sector.

Thus, competition does not play a very important role. I would say many European universities have been dealing with MOOCs because they were infected by the activities in the US. After an experimental phase, they have come to know the advantages of MOOCs and how they can provide an additional type of study offering to their students. This is great. But they have also learned about the disadvantages and obstacles. This is why MOOCs in their current shape will not remain free or – in the worst case – will not be offered anymore in the future.

Production costs are a major obstacle. At least some universities seem to believe that course videos must be produced in Hollywood quality. They invest a lot more time and money in making the videos than in considerations about what didactic added value they can achieve with the courses. The short half-life of knowledge also makes MOOCs expensive, often because at least some parts of the videos must be newly produced every semester. But production costs are not only about the content and technical production. It is also about copyrights and the payment of additional work because MOOC productions can usually not be done in the regular working hours.

Regarding the demand for MOOCs, we have to ask who is demanding them. Statistics show that most MOOC participants already have an academic degree. They are using MOOCs for their personal development and training. The low demand for certificates (if even offered) and high drop-out rates suggest that these participants are looking for very special knowledge when they enroll in a MOOC. Students, however, have no great interest in MOOCs. This would change if the completion of the courses were associated with a certificate and students - in Europe – would get ECTS points. In some courses, this possibility exists, but in many of these cases, the accreditation is still unclear. Therefore, neither academics nor students - and certainly not the general public – are willing to pay for MOOCs.

What role do the universities’ business models play, if any?

Michael Kopp: Talking about MOOC providers, we must distinguish between MOOC platforms like Coursera or Iversity, which are run by private companies, and online courses that are offered by private or publicly-funded universities themselves. Common to both is that there is currently only one business model that really works - and it’s called venture capital. But this business model works far better for US companies than for Continental European universities. And it is questionable to what extent venture capital is compatible with free access to education.

All other suggested and currently applied business models like chargeable certificates, chargeable mentoring, license models with universities, advertising activities, or even trading data (as far as it’s ethical) are not more than a nice try, simply because they do not cover costs, even if they are all used together. This is why important MOOC providers like Coursera and edX have already announced that they will charge for their MOOCs, even though it is not yet clear whether this affects all courses and how much we will have to pay.

Do you think MOOCs could eventually become an area of cooperation between universities and business in the area of training?

Michael Kopp: Definitely. In my opinion, companies that are interested in enhancing their staff development with the help of online courses can greatly benefit from the knowledge and experience of the universities. Universities in turn get access to an audience that is really interested in continuing education. This can be a perfect match, especially when it comes to large international firms. But in this case, the courses are no longer "open", of course. We are talking about bound-to-cost programs that are paid for by employers and are accessible for their employees only. This cooperation seems to be the business model of the near future, but it is also an important argument for why MOOCs will no longer be open.

What consequences do you anticipate (or fear) if organizations that offer MOOCs fail to come up with a viable funding model?

Michael Kopp: MOOC platforms that are run by private companies are predominantly financed by venture capital. This means that the investors will eventually want their money back and with a corresponding return. This means that the companies not only have to get course participants, but first of all they have to make money. If they do not find an efficient business model, it is quite simple: they will leave the market.

Public universities in Continental Europe, however, already have a working model. As they are predominately financed by taxpayers, they just have to redistribute their expenditures. Of course this sounds much easier than it is, but it is worth a try. Basic lectures (where content hardly changes) could be held as online courses. In this case, professors could use on-campus lectures to deepen interactive and collaborative processes, which would have a huge didactic impact. Lectures provided as online courses would also stay free for everybody, which correspondences to the general education mission of universities. And in the best case, these MOOCs will not only be accessible for free, but they will become Open Educational Resources. This means that all materials are published under a Creative Commons license and can be used, reused, and modified by anybody. This would save a lot of money as well because the same high-quality learning materials would not need to be produced by different universities simultaneously.

Universities that fail to come up with a viable model of integrating MOOCs in their curricula and academic teaching will lose students and reputation. They will also lose connection to modern teaching, and, therefore, they will lose the opportunity to offer fee-based courses together with companies in the field of further education. Eventually, this means a big loss of money. 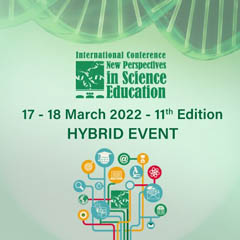