Heerlen (NL), May 2018 - We have known for a long time that emotions have a strong influence on our actions and on our memory, and therefore also on our learning processes. Negative emotions make learning harder because they can undermine attention, motivation and self-regulation. Positive emotions often have a reinforcing effect. Every teacher knows this, and most take it into account. But in eLearning, which takes place without a teacher, this does not happen.

ELearning providers do try to personalise the subject matter, exercises, and support that is provided by building a profile of someone's performance and behaviour. But so far, the learner’s state of mind has not been taken into consideration. This is set to change with the emergence of emotion recognition software.

The Welten Institute has developed software within the context of the RAGE project with which the computer recognises emotions. That software can be built into games and is available for all game developers. According to Kiavash Bahreini, who developed the software, "Our program analyses facial expressions and recognises six emotions, plus the neutral expression. In the past, beards, glasses or light conditions sometimes caused problems with facial recognition, but the software we have developed has overcome these problems. Recognition is 83% accurate. This is not 100%, but people do not get 100%."

When Bahreini demonstrates the software on his laptop with a webcam, detecting, analysing, and assessing faces happens quickly. The demo shows the number of faces that the software scans at the same time and provides an example of how this works with four faces. "The program can judge many more faces simultaneously, but we have chosen this number because with four, the results are clear. More faces, after all, also means more tables with results."

Ok, so it’s nice to know that a computer can recognise emotions, but what can you do with it in eLearning? First of all, in eLearning it helps the system take the student’s state of mind into account in the same way that a classroom teacher considers the students’ emotions. Depending on its analysis of the student’s mood, the program can give a hint, a pat on the back, a reprimand, feedback, extra instruction, etc.

But there is a second way in which eLearning can use emotion recognition. Emotions, or the control of emotions, sometimes are a component of the learning content, for example in a training session in conversation skills or conflict mediation. How do you tell someone that he is fired? How should you look during negotiations? Or what should your facial expression reveal when questioning a sex offender?

The computer registers whether students have their facial expressions under control. The program can give feedback and indicate (with the registered images) whether a student manifested the right or wrong emotions. The program can also respond to the students’ emotions and, for example, if a person registers anger, respond differently than when the reaction is a smile.

The emotion recognition software is offered free of charge to all game developers and is available, with a manual, on gamecomponents.eu. Within the RAGE project, Randstad France is currently testing a "Job Quest Game", a job application training tool with built-in emotion detection. Bahreini says, "We see that the software is regularly downloaded. Game developers from a range of countries have contacted me about the implementation. Furthermore, a number of students and PhD students worldwide are also going to use this software in their research. " 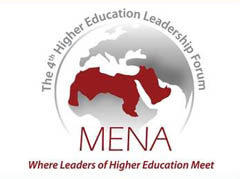 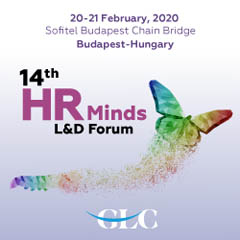